Kimberly Drew a.k.a. @MuseumMammy is a New York-based thought leader whose practice is at the intersection of contemporary art, race and technology. She works both within traditional institutions and beyond them to help take them to new places.

The most critical voices of the millennial generation are concurrently engaged in developing their political, pedagogical and aesthetic framework. According to Boston-based collective Intelligent Mischief a third-culture perspective, the critical space between the so-called American identity and one’s native country, is “[a] complex place … the people who inhabit them are quite often best positioned to think about complex issues in creative ways. The margins are really the intersections or borders.” Drew’s own practice can be described as such. She creates a place for those who would otherwise be negated access and space. It’s not oppositional, it’s simply an inverted version of what already exists.

While growing visibility and relevance for the MET through social media, she’s gained a massive following in her own right, (113K on Instagram alone) through a careful mastery of the area between the formal and informal. However, that doesn’t mean she isn’t going to keep it real. Below are our favorite four observations by Ms. Kimberly Drew.

Blackness is a technology in and of itself. The way we survive and thrive has always been contingent on building technologies against the system that sets us up to fail.

Spending less time being worried about being “late” and focusing on being worth the wait.

I think about the things I’m sending out in the world because there are so many silences within the web and in the truth of our particular moment. I try to think about the things that I send out, can create, or can share, and how I could share positive images and also real images and also be able to articulate history in a way that feels inclusive…When you’re adding to this noise, in what ways are you improving upon silence?

I’m not really a critic, I’m more of an active observer.

We’re delighted to announce our next meetup and Google Hangout event with Kimberly Drew, social media manager at The Met in NY. Kimberly is a leading thinker in the museum world focusing on black culture and art, with a wide range of media articles written about her work, including “Best Instagram Accounts to Follow” on FastCompany Design, and “4 Black Women Making the Art World More Inclusive” in New York Magazine.

Kimberly was recently named a “Brooklyn 100 Influencer” by Brooklyn Magazine, where she described a beautiful world where “more marginalized people enter institutions, learn the rules, and shatter and restructure them.”

The event will be held at the Roxbury Innovation Center, 2300 Washington Street, Boston.  The Center is less than a 10 minute Lyft/Uber/cab ride from the Museum of Fine Arts. Please get in touch via our contact form if you’re interested in meeting at the MFA to share a ride.

Social hour from 6pm to 7pm with cash bar and DJ
Google Hangout with Kimberly Drew from 7pm to 8pm.
You can register for the free event at: https://www.eventbrite.com/e/april-museumhive-meet-up-tickets-33155535098 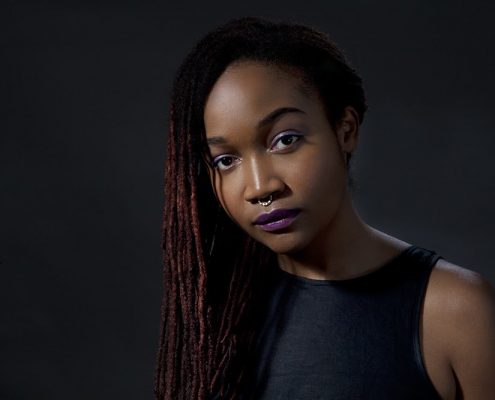 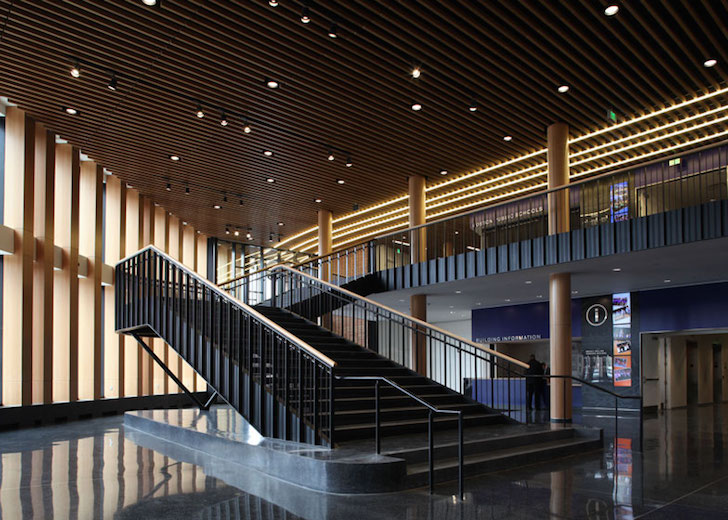 And here are a few photos from our meetup with Nina Simon last month. A great event — 60 or so showed up for our networking hour, participation on the writeable walls at innovation space District Hall in Boston, social time with colleagues, and a great conversation with Nina on what is ways of connecting with community beyond the walls of a museum…(Thanks to photographer Sarah Rejouis who provided most of these photos.) END_OF_DOCUMENT_TOKEN_TO_BE_REPLACED

Great Hangout with Nina Simon last night on our first Museumhive meetup! Nina shared her perspective on the distributed museum with thoughts drawn from her new book, The Art of Relevance. To take it a step further, you can browse sample content and purchase the book in print and digital form at www.artofrelevance.org.

And here’s the archived video of the Hangout, END_OF_DOCUMENT_TOKEN_TO_BE_REPLACED

Here we are, after a great event, and we’ve updated the way you can view the archived Hangout with Nina. Best way is to view it through our blog entry, so you can view the notes and add your own comments. Enjoy!

And, please, if you haven’t already, sign up for our e-newsletter in the sidebar – it’s the way we can follow up and send you the URL to the archived video and keep you posted about future events. Thanks! 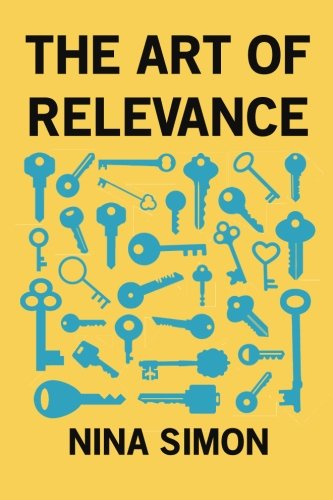 Here’s the link to Nina’s book in prep for our meetup next week: http://www.artofrelevance.org/

(Note that if shipping time is a concern to get this before the meetup, you can buy a digital version for download. There are also sample chapters available to read for free).

We may still be working on this site, but we’re moving full speed ahead with plans! Primed to have Nina Simon as our first Hangout guest talking with us about museums and relevance.  We’ll also be talking about the Museumhive plan where we collectively create documents about connecting museums and communities. 10/26/16 at District Hall in Boston.  The big picture: developing a model where colleagues across an industry meet up informally and develop community content that moves the field forward. Sign up for our e-Newsletter so we can keep you posted. Schedule:

Please register for the (free) event here to reserve your spot.

Happy to get word that our proposal to IMLS to explore the “generative meetup” has been approved — we’ll be exploring ways that informal social gatherings among professionals and emerging professionals can generate content beyond the event.  Here’s the summary found on IMLS’ website:

The New England Museum Association will explore the “generative meetups” concept by launching the Museumhive project. This new professional development model will connect regional museum professionals with thought leaders to create local content on topics of national interest to the museum profession. The initial theme will focus on “the distributed museum,” a museum not bound by its physical location but integrated throughout its community. The project will support six in-person meetups featuring presentations by national thought leaders talking about their work via live Google Hangouts. After each meetup, staff and volunteers will index and archive the Hangout video, summarize the event on a WordPress site, invite additional contributions via email and Twitter, and then prepare a short e-publication summary designed to help staff connect the topic to their own experiences at their museums. This experimental format for hive-created content will be shared with other museum associations for national replication.